My Perspective on Cyber Bullying for Teenagers, Teachers, Educators, and Parents 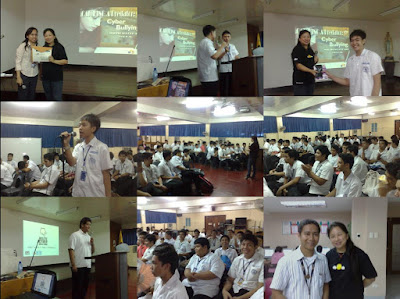 Last October 12 (2009), I got invited by fellow blogger Br. Vince Celeste of Marist School Marikina to talk about "Cyber Bullying". Here are some of the talk points I made about this topic.


1. Teens dominate Filipino Internet user population
The popularity of Internet use, listening to music, mobile phone usage, and other online/offline activities shows that teenagers today multi-task and has a 5 minutes attention span.

This also allowed teenagers to have more friends and not limited to their physical neighborhood and school environment. An average online teenager has nearly a hundred friends on instant messaging tools, social networks, and in their mobile phone. (Source: MTV Circuits of Cool 2008 and MTV Music Matters 2008)

2. Social networks as hang-out
In addition to the usual face-to-face mingling with friends, teenagers appreciate what the world of social networks has to offer and have flocked sites like Facebook (and Friendster) that provides facilities such as photo sharing, profile customization, information exhange, testimonials, notes, application sharing, and tagging.

Being online today allows teenagers to:
3. Teenagers can make a name for themselves online.
If used well, teenagers can also be a force online and be known. Some notable teenagers whom I have observed that used the Internet to make a name for themselves include:
4. Setbacks on being online
The power that one feels for being online, where you can do almost anything you want, also has consequences if not managed well. This includes:
5. Rules of engagement
I think teenagers going online should make it clear to themselves basic rules of engagement and constantly checks it before things can go out of hand. Such as:
Parents and educators needs to learn social networking in order to be capable in supporting teenagers today. You are encouraged to:

Posted by Janette Toral at 7:11 AM